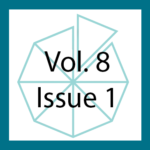 "Welcome to Present Tense Volume 8, Issue 1 (Fall 2019). As we announce the first installment of our 8th volume, we’d like to take a moment to thank everyone whose work throughout the years has contributed to our success in publishing cutting-edge rhetorical scholarship on important contemporary social and political issues."
Read More 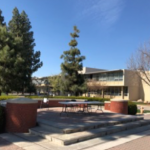 "In arguing that neoliberalization remakes public space in contradictory ways, this study aligns with and contributes to the rhetorical study of institutions and of the production of space."
Read More 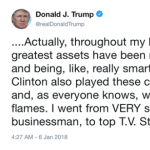 "Though certainly not new to human experience, President Trump’s self-epideictic does mark cultural shifts in deliberative styles and argumentative proofs that should be of interest to rhetoricians. The proliferation of self-epideictic may signal changes in how we argue public policy effectively, with a potential chilling effect on democratic deliberation."
Read More 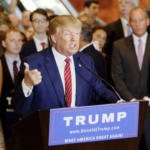 "In this Spanish-English film set in the near future, a high-tech border wall seals off the US from México. Mexicanos no longer enter the US to work and instead use virtual labor technologies to perform services from afar, which serves as a techno-futuristic play on the twentieth century bracero program."
Read More 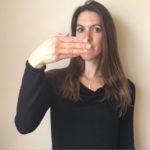 "This article recounts how my research approach accentuated the expertise of members of the d/Deaf and hard-of-hearing community and their collective desire for improved access. I share my principles here as a contribution to methodologies and methods in rhetoric and related fields ..."
Read More 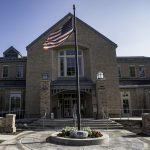 "While the language of investment appears on many civic crowdfunding websites, Neighborly makes the investment literal rather than metaphorical by brokering the sale of municipal bonds: loans obtained by state and local governments to finance public works projects."
Read More

"With such a small, affluent, and diverse group of readers, a tiny circulation, and an obvious absence on myriad bookstore and grocery store shelves, Bitch Magazine would likely be less effective in its goal of responding to popular culture using a radical feminist lens."
Read More 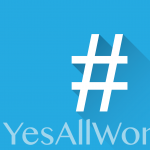 "In the aftermath of Minassian's attack, women once again raised their voices. They offer insight into their experiences. They remind the commentariat that we've already had this conversation before, that we've warned about the dangers of online communities that radicalize aggrieved men and champion acts of gender violence."
Read More 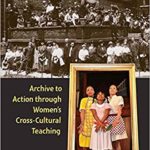 "Robbins’ greatest contribution in this book is her ability to move analysis beyond a passive stance, showing how archives can teach and inspire collaboration beyond their initial historical moment through the use of reflection."
Read More 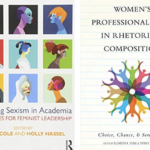 "While sexism is a backdrop for diverse women’s professional narratives in Elizabeth A. Flynn and Tiffany Bourelle’s collection Women’s Professional Lives in Rhetoric and Composition, Kirsti Cole and Holly Hassel’s edited collection, Surviving Sexism in Academia, brings sexism uncompromisingly into the foreground as contributors define, explore and strategize responses to sexism in higher education."
Read More 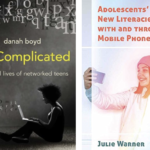