Annotated transcript for the video essay:

Narrator:                      On May 23, 2014, Elliot Rodger, a 22-year-old student at Santa Barbara City College, murdered his three roommates. Then he drove to the sorority houses just off the campus of the nearby University of California at Santa Barbara. There, he shot three women outside their sorority house. Two of these women died of their wounds. From there, he drove around Santa Barbara, seemingly at random, shooting at buildings and bystanders, one of whom died, and hitting pedestrians with his vehicle. When police finally located that vehicle, they found Roger inside, dead of a self-inflicted gunshot wound. Between murdering his roommates and shooting the three women in front of their sorority house, Rodger uploaded video to YouTube and emailed out a diatribe in which he details his motives for the series of personal and random attacks that left six dead and 14 wounded.

Clayton Sandell:           And this 141-page manifesto, detailing the troubled life of an alleged killer, from childhood bullying, sibling rivalry, fantasies about killing his father and step-mother, and his most repeated grievance, being rejected by women.

Narrator:                      Almost four years later, and a few thousand miles away, Alek Minassian, a recent graduate of Toronto’s Seneca College, used a van to murder 10 pedestrians on a downtown Toronto street. He framed his attack as another front in the “Incel Rebellion.” “We will overthrow all the Chads and Stacys,” he wrote on Facebook just before the attack, and in his final words online, before the murders, he turned to a hero. “All hail the Supreme Gentleman, Elliot Rodger.”

Det. Gibson:                 The accused is alleged to have posted a cryptic message on Facebook, minutes before he began driving the rented van.

Diana Swain:                 That post begins with what may be a reference to his failed Army experience. “Private Recruit Minassian Infantry,” and, then, “The Incel Rebellion has already begun. All hail the Supreme Gentleman, Elliot Rodger.”

Narrator:                      After both attacks, commentary online swiftly turned to an investigation of the digital communities that had harbored both murderers. The Twitterati bemoaned the lack of insight into the Incel community and discovered, seemingly for the first time, the pool of horrifying misogyny lurking in various corners of the Internet. As we once more grapple with gender violence, what lessons might we learn from the digital responses to these horrific crimes? Looking at the digital aftermath of Rodger’s crimes in particular might offer some insight into how women use digital spaces to reembody themselves in the face of such dehumanizing attacks.

Narrator:                      As things often do in the 2010s, fear, anger, and analysis of Rodger’s attacks quickly expanded across Twitter, after the discovery of his YouTube channel, and conversation quickly returned to an all-too-popular theme when it comes to violence against women, the defensive rejoinder that not all men are like Rodger. #NotAllMen, already an established tag prior to the Isla Vista murders, reemerged.

Narrator:                      Instead of preempting conversations about the role of men in the perpetuation of misogyny, #NotAllMen produced an almost immediate response from women weary of the all too predictable conversational turn. These first responses, #YesAllWomen, tell the story of what it’s like to be, to live, to work, to act, as women constantly faced with your own physical and social vulnerability.

Narrator:                      As #YesAllWomen gained steam online, Sasha Weiss, writing for The New Yorker, argued that the emerging conversations and narratives were a function of Twitter as a rhetorical and compositional space. “There is something about the fact that Twitter is primarily designed for speech, for short, strong, declarative utterance, that makes it an especially powerful vehicle for activism, a place of liberation.”

Narrator:                      As Weiss notes, the kinds of Tweets making up the #YesAllWomen space were uniquely personal, specific, and narratively powerful. Instead of making arguments about the abstract heart of misogyny, about how it does theoretical or general violence, physical, emotional, mental to women and to men, women told stories on #YesAllWomen. They offered brief snapshots of their daily lives. They described the fear, inculcated from puberty or before by well-meaning adults, that accompanies growing up as a woman. They talked about their own sexual assaults. They talked about what it’s like to feel consistently, constantly vulnerable.

Narrator:                      This kind of storytelling is a way, I’d argue, of reembodying themselves in digital space. As Jenny Sunden notes in her 2003 book, Material Virtualities, “The virtual does not automatically equate to disembodiment,” but, too often in our arguments in virtual space, we aren’t asked to engage with the bodily experience of our interlocutor.

Narrator:                      I’d like to pause here for a moment to define my terms. When I speak of embodiment here, I am particularly interested in rhetorically-inflected definitions of the term. In a 2015 Key Concept Piece in Peitho, Maureen Johnson, Daisy Levy, Katie Manthey, and Maria Novotny call for a sense of rhetorical embodiment that acknowledges that all bodies do rhetoric through texture, shape, color, consistency, movement, and function. These others also remind us the bodies themselves have signifying power that they “connect individuals and groups to others in complex arrangements characterized by power distribution, access, and mobility” (40).

Narrator:                      This vision of embodiment, where bodies are central to rhetorical action and are always performing rhetorical action, reflects longstanding work in feminist rhetorics. From Malea Powell’s insistence on recognizing how native bodies are othered, erased, or consumed in settler-colonial discourse, to Kristin Arola’s argument that our bodies are both mediating and mediated, to Anne Wysocki’s attention to the ways that our experiences of digital mediation are built on an often invisible foundation of “messy, gendered, raced, aging, nationalized, digesting bodies.”

Narrator:                      Returning then to questions of digital embodiment, specifically, Lissa Holloway-Attaway makes a complimentary argument. Writing in Digital Humanities Quarterly in 2012, Holloway-Attaway argues that social media spaces can best be seen as mixed reality spaces, neither fully digital, nor fully bodily. “Because of this mixed reality orientation,” she says, these spaces offer “possibilities for displaying one’s self, for performing one’s experiences in complex ways.”

Narrator:                      Complex displays of self allow users to remix identity and bodily form, to reembody themselves in endless combinations and relationships. These acts of relation create “complex mediated life worlds where inscription is no longer metaphoric practice, but an act of pre-self, real world, environmental coupling, inadequate to be viewed from the perspective of discursive representation.”

Narrator:                      These are concrete women. They tell stories, and with these stories, reinscribe their bodily identity in this virtual space, and, in doing so, in making themselves more physically present, they force us to see them more clearly. They force us to engage them, to recognize their stories, to respond to their experiences.

Narrator:                      Now what? Now, too, in the aftermath of Minassian’s attack, women once again raised their voices. They offer insight into their experiences. They remind the commentariat that we’ve already had this conversation before, that we’ve warned about the dangers of online communities that radicalize aggrieved men and champion acts of gender violence. We have already witnessed this horror and been forced to proclaim our embodied humanity. Perhaps these embodied responses might once again act as humanizing forces in a world stunned by gender-based violence again and again and again. 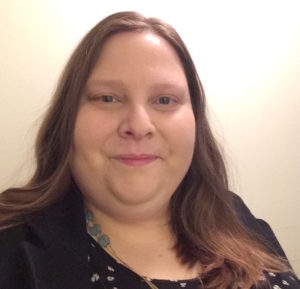 Megan McIntyre is an Assistant Professor of English and Writing Program Director at Sonoma State University. Her research interests included digital writing and rhetoric, social media studies, and postpedagogy. You can find her most recent work in the Journal of Multimodal Rhetorics, Textshop Experiments, and Prompt.