Skip to content
HomeVolume 1Issue 2Of Ideologies, Economies, and Cultures: Three Meditations on the Arizona Border

Article PDF
The phone rings. I tend not to answer the landline, but I listen, in case I really should jump up and grab the call. I hear: “Hello. This is Bank of America for Victor Villanueva.” It’s a computerized voice, not a human’s. It says my last name beautifully, pronouncing the digraph elle, not “villain-new-ava” but “vee-ya-nwe-va.” The largest bank in the U.S.—seventh largest in the world—the bank that names itself after a country and a continent, the Bank of America, knows Spanish is good business.

1. One of the reasons conspiracy theories aren’t usually persuasive for me is that they suggest that there are those in power who transcend ideologies. But it’s one of those great revelations I got from reading Gramsci that those who enjoy great power are no less affected by the ideological than the rest of us. This isn’t to say that those in power don’t get together to make plans, plans which can be hurtful, malicious, thoughtless (at best), but those plans are so often piecemeal, so often ill-conceived, so often even against the real interests of the entities those planners are intended to serve. “Conspiracy” sounds evil but brilliant. So much of what we become the victims of are so far from brilliant and are always presented as countervailing evils. The U.S. fought against the evil Hitler who was persecuting Jews and Gypsies, while the U.S. justified simultaneously placing Japanese in concentration camps. Those Japanese weren’t U.S. citizens, though the U.S. forgot to mention publicly that those Japanese were barred from naturalization by a particular reading of the Alien and Sedition Act of 1798 (Okihiro). Or what does one do with nuclear power plants and oil rigs exploding in the Gulf of Mexico and ruining so much in the name of profit? No more crab or shrimp from the Gulf. And the entire Pacific might be off limits after the March 2011 tsunami in Japan. It boggles the mind.

There is something supposedly seamless to conspiracy. “Conspiracy” sounds tight; plans, we know, “gang aft agley.” There would be those who would read Naomi Klein’s The Shock Doctrine as telling of conspiracies, but one cannot conspire the unforeseen; one can only plan what to do when certain circumstances obtain. Naomi Klein exposes the planning (I won’t say “conspiracy”) that obtains whenever disaster strikes, plans that are put into effect to maintain or sustain a supposed free-market economy. Then again, the CIA assistance to the coup against Allende on September the 11th, 1973 wasn’t exactly unforeseen and did allow the Chicago School of liberal economics a foothold into that country, a set of circumstances that gave rise to a fascistic takeover and years of great human tragedy. Despite what we’re told, we know from the likes of Karl Polanyi and The Great Transformation or John Maynard Keynes and his General Theory that a true free-market economy is impossible. The economy needs the backing of the State to survive. The State, in Fernand Braudel’s terms, is capital’s guarantor, not only in terms of military and the like, but in real dollars and cents. We’ve seen this: the 2008 big bailouts of those “too big to fail.” But though we’ve seen it, seen the political economy, it’s the ideology that prevails. We can’t stop the banks. But we can stop those “taking our jobs.”

2. When the threat of war presents itself, raise the castle drawbridge; bar the fortress gates; circle the wagons. When the scale of warfare is global or hemispheric, seal the borders. Samuel P. Huntington, as one of the authors of the Trilateral Commission’s 1975 The Crisis of Democracy: The Governability of Democracy, pretty much notes how little the people have a say in matters of great import (thus governing democracy). Their say must be about matters secondary to the real threats to governance. In his 1993 The Clash of Civilizations, Huntington went on to declare that great wars in our time will be fought not on economic or even ideological grounds but in more fundamental notions of cultures. Cultures will fight to maintain their ways. And in his last book, Who are We? The Challenges to America’s Identity, he defined precisely which culture is the real enemy of United States: the Spanish culture (which we know doesn’t exist: we’re many cultures). There is a global and hemispheric war, this very influential political scientist asserts. And Spanish is the closest enemy and the greatest threat to U.S. national identity, while there coexists a cultural war against the Islamic (his term for Mideast cultures). Huntington:

While Europeans see the immigration threat as Muslim or Arab, Americans see it as both Latin American and Asian but primarily as Mexican . . . [T]he central issue will remain the degree to which Hispanics are assimilated into American society as previous immigrant groups have been . . . . Mexicans walk across a border or wade across a river. This plus the increasing ease of transportation and communication enables them to maintain close contacts and identity with their communities . . . Mexican immigrants are concentrated in the southwestern United States and form part of continuous Mexican society stretching from Yucatan to Colorado . . . [Additionally], the area settled by Mexican migrants was annexed by the United States after it defeated Mexico in the nineteenth century . . . In due course, the results of American military expansion in the nineteenth century could be threatened and possibly reversed by Mexican demographic expansion in the twenty-first century. (205-206)

Ojalá!—a word sure to make Huntington rise up from his grave—a Spanish term derived from Islam, the Arabic Insha’Allah. Close the borders! Insist on English! No “ethnic” studies! And maybe even denigrate Catholicism; mark the abuses, however horrendous, that can be found among any group of people.

Huntington targets us, the Latinos and Latinas, in 2004. In 2007, economic crisis hits: an economic disaster at the heart of disaster capitalism. At the heart of the crisis is a liquidity shortfall—no readily available cash. The banks know they need money: “Hello. This is Bank of America for Victor Villanueva,” pronounced beautifully. But disaster capitalism cannot be used to speak to the problem of an unfettered, neoliberal market economy. Disaster capitalism is used to vaunt not to denigrate capitalism: “Quick! Find a scapegoat!”

There are two layers of scapegoats.  The first is obviously a targeted population: people of color, say. The metascapegoats are primarily the lower-echelon State functionaries and their pundits, the ideologues with Huntington in their back pockets and no more understanding than most of us about current capitalism. It’s so clear how little the leaders can think through large economic systems and the social dimensions affected by the economic. And it’s so clear how quickly and thoroughly they cling to their ideologies. They think jobs. They think usses and thems. They use their power to fix the problem. Been the same problem since they remembered the Alamo.

3. The greatest depression that the U.S. had known before the one in 1929 was known as the Panic of 1893. There was another twenty years earlier. That’s the nature of capitalism—rises and falls, inevitable cyclical falls as Polanyi and Keynes—who are ideologically quite distanced from each other—tell us. One of the ways of keeping the eye off the ball during the depressions of the second half of the nineteenth century was to campaign against those “new” workers, or better, new wage earners: the former slaves, the New Immigrants, the Mexicans. They were taking white men’s jobs (the women didn’t count in terms of jobs, the ideology told those folks back then). Jim Crow laws come into effect. The New Immigrant from the Baltic and the Mediterranean are described by another intellectual, the early twentieth century anthropologist Madison Grant, as

a large and increasing number of the weak, the broken, and the mentally crippled of all races drawn from the lowest stratum of the Mediterranean basin and the Balkans, together with hordes of the wretched, submerged populations of the Polish ghettoes. Our jails, insane asylums, and almshouses are filled with human flotsam and the whole tone of American life, social, moral, and political, has been lowered and vulgarized by them. (qtd. in Estrada, Garcia, Macias, and Maldonado 115)

And there were the Mexicans. New Mexico had been denied statehood until Anglos outnumbered the Mexicans, the Mexicans who had been a part of the area when the area still was Mexico (Conklin and Lourie 1983). Arizona’s bid for statehood at the turn of nineteenth to the twentieth century had been denied several times on the basis of its Mexican population, referring to its Mexican “mongrel racial character” (Estrada et al. 116). Then the coming storm. It’s 1928: hearings on Western Hemisphere immigration. Here were the reasons for keeping Mexicans on the other side of the border, according to one speaker before the commission:

Their minds run to nothing higher than animal functions—eat, sleep, and sexual debauchery. In every huddle of Mexican shacks one meets the same idleness, hordes of hungry dogs, and filthy children with faces plastered with flies, disease, lice, human filth, stench, promiscuous fornication, bastardly, lounging, apathetic peons and lazy squaws, beans and dried fruit, liquor, general squalor, and envy and hatred of the gringo. These people sleep by day and prowl by night like coyotes, stealing anything they can get their hands on, no matter how useless to them it may be. Nothing left outside is safe unless padlocked or chained down. Yet there are Americans clamoring for more of these human swine to be brought over from Mexico. (qtd. in Estrada et al. 116)

A year later: the Great Depression. Mexicans and Mexican-Americans who applied for relief were directed to “Mexican Bureaus.” The Bureaus’ job was to repatriate Mexicans—without regard to citizenship. Like swine, they were stuffed into cattle cars and railroaded to a home that for many had never been theirs. In 1933, a Los Angeles eyewitness to the repatriation process expressed a relatively common sentiment:

The repatriation programme is regarded locally as a piece of consummate statecraft. The average per family cost of executing it is $71.14, including food and transportation. It cost one Los Angeles County $77,249.29 to repatriate one shipment of 6,024. It would have cost $424,933.70 to provide this number with such charitable assistance as they would have been entitled to had they remained—a savings of $347,468.40. (qtd. in Estrada et al. 118)

From 1929 to 1934 the number of repatriated Mexicans exceeded 400,000. Approximately half were native to the United States.

And so now, a perfect storm along the border:

The focus falls on Arizona. Arizona’s Senator McCain had campaigned against a Martin Luther King, Jr. Day, and it was voted down (though he reversed himself later). The Super Bowl pulls out of Arizona. Public Enemy records “By the Time I Get to Arizona” (“Seein’ people smile wild in/the heat/120 degree/’Cause I wanna be free/What’s a smilin’ fact/When the whole state’s racist”). Arizona had passed an English-Only Law in 1995; it remains an Official English state. Arizona had been carved out of New Mexico and out of Mexico, a troubled past along the border. First shot fired in Arizona, home of the Okay Corral. But this is hardly an isolated Arizona matter. It’s a matter of the long history of the brown scapegoat at a time when we, as a nation, have convinced ourselves that we are postracial. 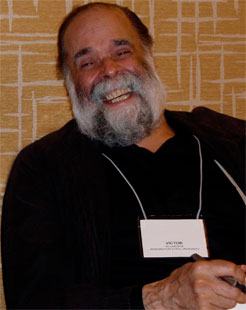 Victor Villanueva is currently a Regents Professor at Washington State University where he has been the recipient of numerous awards, including the Edward R. Meyer Distinguished Professorship in Liberal Arts. He has worked as an Equal Opportunity Program Director, Writing Project Director, a Director of Composition, Department Chair, Director of the Program in American Studies, and Associate Dean. Dr. Villanueva will begin a new position as the Department Head of English at Auburn University in fall of 2011.