Higher education increasingly follows a fast-capitalist model, according to Tony Scott, and the consequences of this model pervade writing instruction: its curriculum, assessment, and even the workforce of higher education. Scott explores the consequences of fast-capitalism in Dangerous Writing: Understanding the Political Economy of Composition. In his analysis of the political economy of composition, Scott maneuvers between his position as a Writing Program Administrator (WPA) and critic of the system he administers, which relies on part-time and adjunct faculty to teach the bulk of its classes. Scott’s text offers a perspective that considers not only political economy in terms of the bureaucracy of the university, but curricular and pedagogical evaluation, the lived experiences of working students, and the contingent population of adjunct instructors that compose the labor force. Dangerous Writing forges new connections between each of these contexts and is a useful read for WPAs and instructors who want to better understand the political economy of the composition field.

Scott reiterates some commonplaces regarding the economic realities of composition. For instance, guidelines, outcomes, and position statements on how to teach writing are created by tenured WPAs, but those guidelines are usually enacted by contingent workers who often have no voice in the creation of program architecture. In addition to looking at the problem of exploited contingent faculty, Scott also addresses the material conditions of students’ lives—students who are often working full or part-time jobs and are fueled by the allure of cultural capital that education provides. The bootstraps narrative, which holds that hard work leads to upward mobility, has poor and working-class students taking out tens of thousands of dollars in student loans believing that it will pay off someday. Taken together, the chapters of Dangerous Writing offer an “examination of the relationship between the systemic/ideological and the particular/material” in the enterprise of composition within higher education (15). The scope of the text is wide as it aims to encompass the political economy of composition in its many manifestations.

In Chapter 1, “Professionals and Bureaucrats,” Scott begins to tease out the complex hierarchical systems in the field. He looks at first year composition (FYC) within the larger institution, the roles of the students and the roles of the teachers—from tenured faculty to adjuncts, and the role of the WPA. This view requires the reader to assess her or his own position within the institution. Because of the extreme hierarchies that inhabit sometimes very small departments, territoriality and competitiveness abound. This trouble is evident in the composition program, where many institutions increasingly rely on adjuncts (arguably the wide base of the hierarchy) to teach the bulk of the classes. As Scott observes, these adjuncts do the work of composition, but their voices are rarely heard. Even though they have the most teaching experience, they are not expected to contribute intellectually to the field. Consequently, just as the field continues to argue for its validity, the problematic structure of composition programs often undermines the argument. Though Scott’s critique is harsh, he also describes the role of agency within those systems. As such, Scott argues for inclusive dialogue since scholars, teachers, and administrators are all too often isolated from one another.

Scott continues his critique in Chapter 2, “Writing the Program,” where he fleshes out some of the most contradictory elements of the field. Material and political factors define the positions, texts, and genres of the field, but also work to confuse the program. For example, composition textbooks are often “a theoretical hodgepodge” (70) taught by part-time instructors whose methods of teaching may be influenced more by the workload than by the pedagogical practice preferred by the WPA or scholars in the field. The problematic identity of the field plays out through confused artifacts (textbooks and genres of student writing) advanced by contingent faculty. Scott describes the way adjunct and part-time faculty tend to view the “required” textbooks, books usually written by tenured faculty who may no longer teach FYC. Scott reveals that “the terms of labor in the field do produce differences in concerns, dispositions, and occupational identification” (105). For example, the concerns of the tenured faculty member, who writes textbooks and only teaches graduate students, often differ from the concerns of the part-time instructor. In part, the result is that composition textbooks fail to accurately anticipate the curricular needs of the typical part-time teacher. Through his analysis of departmental textbooks, curricula, and administrative affinities, Scott uses this chapter to complicate the organization of composition programs, which are housed within these highly problematic power structures.

Scott provides important groundwork in the first two chapters, but in Chapters 3 and 4, the real breakthrough occurs. In Chapter 3, “How ‘Social’ is Social Class Identification?” the overarching concern for the material begins to shift from teacher to student. Scott writes, “Institutions are systems of meaning-making and valuation—they are mechanisms of political economic production” (117). In his view, understanding the systemic nature of class does not end just by analyzing the professionals and bureaucrats. The material conditions of students must also be addressed in a political economic reading of the field of composition. Students likely to struggle with their own mixed identities as students and as workers (they often work in menial or service-oriented jobs) must also struggle with their writing abilities and performance in the classroom, which are often linked to social class. This is important to note because, depending on the school, student populations often represent wide socioeconomic diversity. Scott argues that a writing course must deal with these “unequal relations of power” (120). Without some awareness of students’ material conditions outside of and within the writing classroom (including grading, assessment, discussions, and other interactions), egregious biases can occur. For instance, without critical awareness of class, students’ socioeconomic status might factor more in their educational success than any other indicator. Scott writes, “If we are looking for starting points for an examination of class in America, we need look no further than our own writing classrooms, where we are likely to find a part-time worker teaching a classroom full of part-time workers” (129). Although political economic analysis of the classroom can be dicey, Scott argues that it can shed crucial light on unequal power dynamics that are difficult or uncomfortable to acknowledge—dynamics that reveal taboo institutional biases.

In Chapter 4, “Students Working,” Scott provides practical ways for addressing political economy through writing instruction. He collects information from the courses he teaches. There, his students are asked to understand institutional structures of power, not only on a global scale, but in their own lives as well. Through the class, their economic identities are parsed out: they are part- or full-time workers, often in service industries; they are also full- or part-time students. They rely on student loans or work hard to pay as they go, and they often have obligations to families. In Chapter 4, Scott openly shares his students’ successes and acceptance of his methods, as well as his failures and resistance from students. His course goals and curriculum work to help students analyze the material realities of people’s lives and the overarching narratives that determine attitudes about work and school (and others). Through the coursework, they try to define class, to understand political economy and material realities, and they work to unpack the bootstraps myth. Scott writes, “Students compile their own work histories, write descriptions of jobs they currently hold or have held, and examine perceptions of work—how these perceptions are formed and how we might rethink them in light of our critical examinations” (165). As students confront resulting paradigm shifts, Scott reveals that they produce sometimes messy, but transformative writing; he states that their writing is often personal and analytical. Scott shares several student writing samples that demonstrate how thinking changes and evolves over the course of a semester. He also provides examples in which students resist. Nevertheless, he models a critical pedagogy that allows students to understand the shaping economic narratives of their lives within larger institutional structures.

By writing dangerously, Scott means advocating for student writing that incites real thinking and agency on the part of the student, a view of student writing that values intellectual transformation over neatness or conformity. He sums up his theory by describing his interaction with a student: “she became a better writer in the class—more reflective, more rigorous in her revisions, more assertive, and more focused—in part, because she wrote about things that were relevant to her daily life and work” (177). He continues that this student could “produce a tighter, more conventional, and seemingly more controlled and politically informed argument in the end that I found more satisfying” (178). Scott carefully demonstrates how he values student writing that is messier in form and content, but that is finally more useful to the intellectual development of students and more interesting to Scott as a teacher. Ideally, Scott’s model also allows teachers to move past writing instruction that inherently grades social status.

The book concludes with messy fervor—this is the “dangerous writing” that Scott promotes. It is also the place that might put off some readers as he ventures into a way of thinking that challenges the possibilities for positive transformation from within the institution. In programmatic terms, Scott advocates eliminating first-year writing programs and moving instruction to upper-level writing courses and courses within the major. In particular, he argues that if composition programs continue to rely more on contingent faculty and writing factories that are nearly void of the theory and practice that specialists in the field support, then composition programs will continue to reproduce exclusion and biases. Scott is not fully abolitionist (composition courses would still exist outside of the freshman requirement), but he seems unwilling to continue advocating an exploitive system. To him, writing dangerously means finding a better way, even if by unconventional means, like expanding definitions of acceptable academic prose. Writing dangerously is about understanding the complex systems of political economy that play out in the classroom, the university, and even globally. As corporations continue to use a fast-capitalist model, which relies on part-time and outsourced laborers, so too will the university use contingent faculty to bear the brunt of the workload of composition. Dangerous Writing adds to the important work of the field by examining composition through an economic materialist perspective. Dangerous Writing effectively outlines the current state of composition through a lens of political economy. Scott provides useful theory and classroom practice for naming the material conditions of the professionals and the bureaucrats, the students and the teachers. Writing Program Administrators, writing instructors, and the professors who train them will benefit from this book because it helps the workers (both teachers and students) in the field negotiate their places within a political economy framework. 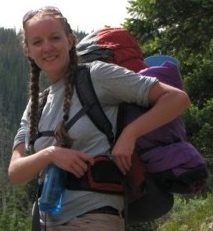 Sheri Rysdam is a PhD student in Rhetoric and Composition at Washington State University. Before returning to school, she spent several years as an adjunct composition instructor at Utah Valley University and Salt Lake Community College. She is interested in the political economy of the composition classroom, particularly issues surrounding contingent faculty in the university and issues of social class in student writing.