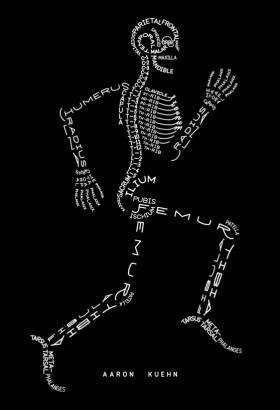 Ten years ago, compiling a bibliographic review of medical rhetoric would have seemed a manageable task. Although studies examining language in medicine go back at least forty years, it was not until the turn of the twenty-first century that a large amount of scholarship sprung up studying the rhetoric of healthcare, proper. Now, an annotated bibliography is a much needed resource for entering and navigating the field. The following introduction first provides a brief genealogy of the rhetoric of health and medicine, and then explains the bibliography’s arrangement and how one can use it most effectively.

Beginning in late the 1970s, rhetoric and composition scholars have had three primary access points from which to approach the study of medicine: canonical rhetoric, technical communication, and the rhetoric of science. Each is dependent on the other but is rooted in its own intellectual history.1

Since classical times, philosophy, rhetoric, and medicine have shared interwoven discursive roots (see Lloyd, Magic). Protagoras, Plato’s Socrates, Plato himself, Aristotle, Cicero, Quintilian—all of the classical rhetorical philosophers—discuss similarities between the medical arts, rhetoric, and politics. The Hippocratic authors formulated their canon during the same period as the early sophistic and rhetorical scholars; thus, they engaged in many of the same epistemological, ethical, and ontological debates (see Lloyd, “Epistemology” and Magic).2 Judy Z. Segal identifies practitioners of “canonical rhetoric” as those who employ classical rhetoric as well as major rhetorical scholarship of the twentieth century to study contemporary health-related discourse (Segal, “Rhetoric” 229).3 Studies in this annotated bibliography address topics such as epideictic rhetoric, the erotema, the jeremiad, and identification; as a result, these studies exemplify the canonical branch of health rhetorics.

Technical communication’s history of collaboration with the applied sciences and attention to workplace writing genres has constituted the primary starting point from which the rhetoric of medicine grew after the turn of the twenty-first century. A significant number of early researchers in healthcare rhetoric worked as medical practitioners or communicators (e.g., Brown, Heifferon, Zerbe, among many others). Heifferon and Brown add that Writing Across the Curriculum (WAC) pedagogy in the 1970s made rhetoric and composition’s “reach across other disciplines not only permissible, but also important and valid” (247). Professional and technical writing and communication (PTWC) scholars demonstrate this interdisciplinary “reach” when partnering with medical practitioners to improve healthcare (see Montgomery, Reynolds, Greenhalgh, Heifferon, Barton).

In addition to PTWC scholarship, scholars in the rhetoric of science have blazed a trail for work in the rhetoric of medicine. In Health and the Rhetoric of Medicine, Segal points to Kenneth Burke as the theorist who first opened the field of English to science studies. Burke broadened the object of rhetorical analysis from merely oral speech to all forms of discourse—be they speech acts, run reports, or x-rays. Following Thomas Kuhn’s The Structure of Scientific Revolutions, English scholars began investigating the role of persuasion in scientific history. Like PTWC scholars, rhetoric of science scholars use techniques from rhetoric and composition to explain the evolution of texts, and, thus, ideas, policy, and practice. Recently, many scholars in the rhetoric of science have drawn heavily from science and technology studies (STS). Drawing from anthropological and sociological research methods, STS focuses on the material, empirical practices of scientists and technical professionals, while also investigating the social and political relationships which shape scientific networks.4 This approach segues nicely with rhetoricians’ interest in public discourse and policy. STS also takes political and social realities into account—an approach that segues nicely with rhetoricians’ interest in public discourse and policy.

Studies in medical rhetoric display an indebtedness to many other disciplinary fields as well: critical cultural studies, women’s studies, disabilities studies, history, philosophy, anthropology, sociology, communication,5 humanities, and narrative medicine.6 The interdisciplinary nature of medical rhetoric is both the advantage and challenge of the field.7 The various methodologies, objects of interest, critical lenses, disciplinary affiliations, and overarching conversations have spread and now overlap to a large extent; any attempt to categorize works proves daunting. Nevertheless, this bibliography provides a broad overview of the types of conversations which have taken place and developed over the last four decades.

This annotated bibliography is organized chronologically, an aspect that sets it apart from other medical rhetoric bibliography lists available online.8 Most lists are arranged in traditional MLA format, organize sources by author’s last name, and are not annotated. The chronological listing here provides a sense of the historical arch of the field, developments in particular research topics and trends, and an overview of major contributors’ works throughout the years.9 The summaries may include research questions, methods, findings, and information about the authors themselves.10

This bibliography may be useful to professors, graduate students, researchers, and practitioners alike. Instructors in various departments may use the bibliography to identify assigned readings or even as an assigned reading within a survey course. For graduate students who would like to specialize in the rhetoric of health and medicine, this bibliography serves as an introduction to the interdisciplinary scope of the field and  its existing research, methodologies, and topics of inquiry. Researchers of all disciplines may use this digital text to search for sources related to any number of health-related topics. Medical practitioners will find information about communication strategies, medical records and writing, direct-to-consumer advertising, and bio-defense. Additionally, they will find meta-analyses of medical journal articles and programmatic perspectives on academic medicine, curriculum, and pedagogy.

To assist in all these endeavors, search tags (listed below) have been created for a variety of audiences and purposes. The tags may indicate critical foci (e.g., gender studies), methodological approaches (e.g., genre analyses), topics of inquiry (e.g., policy), or disciplinary affiliations (e.g., STS). To use the tags, conduct a “find” search by using the ctrl+F keys on a PC, or command+F on a Mac. This same function can be used to search for all the annotated works by a single author, a particular research theme (e.g., AIDS), or any other desired term. The digital format of this text will facilitate these types of searches in a way that a physical text cannot. 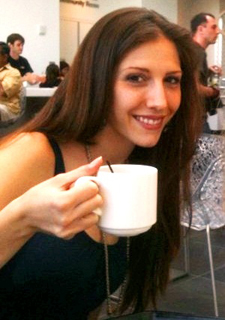 Jessica Masri Eberhard is a PhD student in Rhetoric and Composition at the University of South Florida. Specializing in the Rhetoric of Medicine, her research investigates clinical ethics through actor network theory. She teaches composition and works at her university writing center while conducting ethnographic research at a nearby teaching hospital.