“Diversity is not an End Game: BIPOC Futures in the Academy” marks the final installment in a conversation across multiple journals that examines the injustices behind crisis-driven diversity initiatives within the academy and how these initiatives impact BIPOC across the fields of rhetoric, composition, and communication. Following the murders of George Floyd, Breonna Taylor, Amhad Aubrey,1 and too many others—as well as the incompetent and often hypocritical responses by institutions across the nation—we deemed it necessary to highlight the myriad ways that BIPOC are forced to experience duress, navigate threatening spaces, and leverage precious resources within the academy. These unjust conditions reflect the harms that we must already strive to survive in everyday life and disprove the myths of meritocracy and academic “safe spaces.”

Thus, what started as a desire to make space where BIPOC scholars could share their knowledge about surviving institutional trends to (supposedly) increase diversity appointments in higher education soon evolved into a clear need to foster a frank discussion regarding BIPOC futurity in the academy. Does academia hold promise for our re-humanization?2 If so, how do we get there? And what can we do to survive and thrive now? We pursue these questions alongside our scholarly relatives in the symposia “Diversity is not Justice: BIPOC Scholars Speak to Systemic Racism in the Academy and Field” in College Composition & Communication and “Diversity is not Enough: Mentorship and Community-Building as Antiracist Praxis” in Rhetoric Review, the Composition Studies special issue “Diversity is Not Justice: Working Toward Radical Transformation and Racial Equity in the Discipline,” and now this Present Tense special issue.

In this issue, BIPOC scholars critique universities’ pursuit of equity as only the latest institutional and/or intellectual trend, one often framed as work best left to already overworked minoritized people (O’Meara et al. 2018); a goal,  tool, or means to an end as opposed to an ongoing “holistic approach to change” (Safir and Dugan 2021); and/or yet another modality through which whiteness is reified as the main determinant of social and professional worth—and of one’s full humanity (see Birt, 2004). To situate diversity as the end game or final destination is to diminish the potential for an equitable future for higher education. Diversity proves an elusive aim so long as it remains performative and tied to spectacle rather than accountability and concrete praxis. This elusiveness only exacerbates BIPOC precarity in the academy as “more diversity appointments” becomes the institutional response to calls for equity, allowing institutions of higher learning the right to manufacture redemption at the cost of the very lives they claim to champion.

Even as university statements and reinvigorated diversity initiatives denounce antiblack policing, claim to advance decolonization, and pledge a school’s commitment to honoring Black lives, little is done to actually address institutionalized antiblackness and other manifestations of systemic racism. Without concrete measures of accountability established by those most affected by these oppressions, diversity statements and initiatives, like toothless legislation and all-white juries, remain empty symbols of solidarity that secure an institution’s political capital through the extraction of BIPOC lives and time.

This push towards an “end” is characteristic of how university time eclipses BIPOC’s capacity for a future undetermined by white preoccupations with “manufacturing redemption” (Hanlon 2021). In this special issue, contributors assert that the work of BIPOC scholars is not to sustain the extraction of BIPOC time and our life-force for the benefit of the academy, but instead, to pushback (Ore 2017) as a radical act of self-care and self-affirmation that asserts the value of our lives by reclaiming time for ourselves. In this way, we reject the academy’s “system of summoning” (Mejia et al), which calls upon us to aid and abet whiteness in the name of social and racial justice. When we prioritize ourselves over the institutional trend to position “past racism as future pedagogical fodder for white ‘teaching moments’” (Prasad), when we value our own integrity and holistic well being over the academy’s expectation to serve, be nice, and be silent (Mukavetz and Tekobbe, Perryman-Clark et al.), when we challenge the academy’s “blind co-option” of our work for DEI initiatives  (Mejia and Taniguchi), we expose higher education’s unwillingness to comply with its own call for action against racism, colonialism, and antiblackness (Padilla, Prasad, Mukavetz and Tekobbe).

Using counternarratives, testimonios, critiques of tokenism, institutional allyship, and racialized time, the BIPOC scholars of rhetoric, composition, and communication studies featured in this special issue detail strategies for navigating the violence white scholars and the academy enact against BIPOC faculty under the guise of advancing diversity and inclusion. Though “Diversity is not an End Game: BIPOC Futures in the Academy” is the last piece of our immediate project, we trust that this will not be the final word on antiracism in our field nor the academy. For, as we make clear in this closing issue, BIPOC thrivance turns on the capacity to identify, name, and reject the university’s capitalizing on Black death and cultures of survival. We do not wish to survive. “Survival,” as Perryman-Clark et al. state, “is inefficient: Survival is simply a minimum requirement; BIPOC must have opportunities to thrive in the academy.”  When allyship is performative and past and present conditions are suffocating, the future must be conjured through our dreams and our labors. But we are tired of being told that racism is our problem and to solve if we are to be regarded as human. We assert that combatting racism should be everyone’s charge, especially those who most benefit from its perpetuation, and we are here to issue a call to arms.

And so, we offer this issue as part of our contribution to making what the late Congressman John Lewis called “good trouble” through our speaking up and out to the institutional racism that bars the door to BIPOC scholars and drives out those who manage to enter academia’s whitewashed halls. Like Staci Perryman-Clark, Mariam Konate, and Jennifer Richardson, like J. Paul Padilla, we want to offer this issue as a space for dreaming, and we hope that this one small space will birth many different counterspaces, like those written about by Mejia and Taniguchi. This intellectual and social counterspace of an imagined academia is a future, meaning it is not merely a transformed space but a transubstantiated one where we would prefer to be, live, and thrive. This is a future where the dream is palpably taking its first enfleshed breaths. The dreamspace where the emblem “Mississippi Morning Star Rises over Academia” becomes a living philosophy in which the academy is not made over in the image of those terrorized, mutilated, and erased, but rather reborn as a space where antiblackness and justice are the logical present and future, where multiple knowledge traditions come together and we all win.

This issue contains the following articles:

“If you don’t want us there, you don’t get us”: A Statement on Indigenous Visibility and Reconciliation

“People Were Being Nasty”: White Fragility and Calls for Collective Violence against Scholars of Color

Art and Heart to Counter the One-hour-Zoom-diversity Event: Counterspaces as a Response to Diversity Regimes in Academia

A Shared Dream: A Letter to My Son Ricardo about Silencing and BIPOC Futurity in the Academy 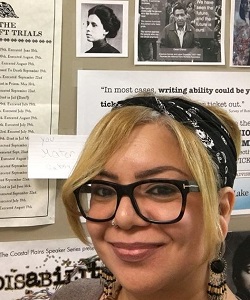 Christina V. Cedillo is an associate professor of Writing and Rhetoric at the University of Houston-Clear Lake whose research draws from cultural rhetorics and decolonial theory to focus on embodied rhetorics and rhetorics of embodiment at the intersections of race, gender, and disability. Christina’s work has appeared in College Composition & Communication, Rhetoric Society Quarterly, Composition Forum, and other journals, as well as various edited collections. Christina is past co-chair of the CCCC Committee on Disability Issues, current co-chair of the CCCC Latinx Caucus, and lead editor of the Journal of Multimodal Rhetorics. 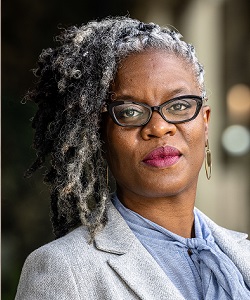 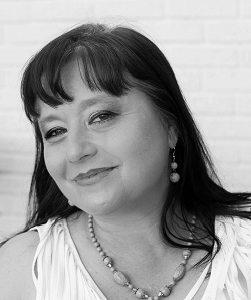 Dr. Kimberly Gail Wieser is Associate Chair and an Associate Professor of English at the University of Oklahoma as well as affiliated Native Studies and Environmental Studies faculty. Her book Back to the Blanket: Recovered Rhetorics and Literacies in American Indian Studies was published by OU Press in 2017 and is part of the Recovering Languages and Literacies of the Americas Initiative, funded by the Andrew W. Mellon Foundation. Wieser is one of the co-chairs for American Indian Caucus for NCTE/CCCC and serves as a Managing Editor at constellations: a cultural rhetorics publishing space.