Debra Hawhee’s extraordinarily complex, theoretically layered work Rhetoric in Tooth and Claw: Animals, Language, Sensation explores the ancient and ongoing contributions of nonhuman animals in rhetorical production, joining other rhetoric and writing scholars who have taken up the convergences between language as material and rhetoric as energy. Language continues to assume a central position in our traditional understanding of rhetoric evidenced by its prolific use in current digital and social media, in which we can instantaneously hang on every word written, inevitably reinforcing the presupposed, superior standing of humans in rhetorical production. During a time when a pandemic has upended human life all over the world, it is perhaps easier to see how nonhuman materials, bodies, events, and that which we cannot immediately see are integral, vital material in human rhetorical activity and practice.

As the field of rhetoric and writing studies turns toward theories of posthumanism and new materialism to expand the scope and reach of rhetoric, animal studies has become a productive site for better understanding how we might make the leap from the rhetorical, providential contributions of nonhuman animals to less animate materials and bodies (i.e., bacteria, particles, and other often invisible material interactions). As a springboard for much of current scholarship, including Hawhee’s, Kennedy (1998) contends that a “rhetorical energy” is deeply rooted in all human and nonhuman bodies, providing the impetus for all communication and persuasion. This reconfiguration of rhetoric is beneficial to consider as the field makes an inevitable turn toward an understanding about how matter and bodies– by drawing on scholarship from beyond the disciplinary confines, both human and nonhuman– come to matter (Barad, 2003), the vibrancy of matter (Bennett, 2010), the rhetorical influence of our “ambient” surroundings (Rickert, 2013), and the agency and transformation of objects within rhetorical situations (Gries, 2016)—away from a historically humanist account of rhetoric.

Hawhee re-envisions rhetoric’s humanist history, simultaneously acknowledging the ancient view toward rhetoric as the practice of oratory and the art of persuasion through fables and memorization while introducing a view of rationality informed by the affectual energy nonhuman animals contribute to human rhetorical situations and interactions. She brings vital attention to the role of nonhuman animals and other bodies, events, and convergences, effectively displacing the human as the locus of rhetorical control and, thereby, diminishing the historically exceptional role of human language and communication as the primary producers of rhetoric and, consequently, knowledge. Hawhee suggests early in her work that in “moving past the representational role of animals,” we can begin to accept their always already existing role as “partners in feeling”—producing rhetoric beyond the clever uses of human language. Hawhee ushers the past into the present, combing carefully through premodern rhetorical texts, studying humans as animals with logos, illuminating the ancient inclusion of nonhuman animals as vital rhetorical contributors, prompting us to reconsider rhetoric as primordially and materially imbued by the energy that is constitutive of all bodies, human and nonhuman.

Chapter 1 underpins the entirety of Hawhee’s work on the Aristotelian concept of alogos—the absence of speech and reason—to create space for the rhetorical possibilities that we can look for beyond human language and construction through the contributions of nonhuman animals. Nonhuman animals possess an alogos enabling their rhetorical capacity. The sensory aesthetic of nonhuman animals is co-constitutive in the production of sense and sensibility, paving the way for a rhetoric that exceeds human linguistic rationality. Hawhee writes that animals are natural human rhetorical partners, as evidenced by their energy and resulting affect, supporting her argument that rhetoric is fundamentally about the capacity of all bodies, human and nonhuman, to affect and be affected. Throughout her book, Hawhee maintains that it is through figurative, descriptive language that ancient written comparisons between humans and animals embody the intensity of emotions and illuminates the use of metaphor to signify life, giving way to a linguistic energy, giving vitality to what is felt and perceived. Animals invoke feeling in ways that appeal to human emotion and that are decidedly different from those emotions invoked by other humans. Words do not have the capacity to accurately re-present the affectual; nonhuman animals invoke sense and, therefore, a perception and rationality found only through the “metaphor palette” animals provide (63). Hawhee explains how nonhuman animals embody a linguistic vitality that enables a connection with abstract ideas and exposes the fundamental problem of valuating the rhetorical capacity of nonhuman animals as merely symbolic—as simple representations of complex concepts and thereby casting them into a labeled category in which their nature has already been predetermined. In so doing, she opens the door for readers to consider rhetoric and its origins more broadly—both in proximity to and beyond the human.

In shifting focus to pre-modern rhetorical education and its texts in chapter 2, Hawhee enables readers to visualize a rationality made possible by fabled animal characters assuming human characteristics and simultaneously intensifying and softening the blow of reality through, essentially, rhetorical situations, decisions, and ethics. The use of beast fables provides a flexible way of approaching deliberate situations and allows the opaque visualization of fables to become materially transparent. While nonhuman animals are alogos, unambiguously devoid of the ability to reason in the same ways as humans, they serve a vital purpose in fables as a persuasive element that illustrates the message of the fables. Because children and animals share a lack of reason, it was thought that their analogous behaviors would make it easier for children to relate to the animal characters and, in the end, absorb the moral, philosophical, rhetorical lessons more readily. The introduction of fables through rhetorical education served to logicize children during a time in their lives in which their behavior most closely resembles that of animals. Hawhee contends, along with the ancient writers of the progymnasmata, that “the more dramatic and painful the situation of the fabulous animals, the easier it would have been to remember the narrative details,” (85) effectively implementing language in an effort to “tame” children.

Hawhee’s work in chapter 3 locates human logic in the affective nature of animals in order to redistribute human agency and thought. In her discussion on the comparison of dissimilar objects or bodies or species, Hawhee clearly describes “paradoxical encomia,” which offers humans a way to simultaneously wonder at nonhuman animals and praise them for the sensorial capabilities they embody, both physically and metaphorically. Hawhee reinforces the necessity for a more precise and robust accounting of the natural world, a provocation for the mind to grasp the representation and embodiment of animals and how these embodiments are transfixed through words and emotions. Hawhee suggests that the human tendency to ignore that which is not immediately graspable can, paradoxically, be mediated through language as a microscope to magnify and illuminate the animal to produce the desire to know more and cement the knowledge that has already been built. In her own synthesis of ancient rhetorical texts of the authors’ original intentions, Hawhee gives credence to the historical role of language in knowing and the ways it was used by ancient scholars to magnify that which was both challenging to reveal and difficult for humans to process. Hawhee invites readers to conceptualize rhetoric in the absence of language—as the culmination of affective energy, both primordial and enduring all at once.

Further enabling the reader’s consideration for an expanded view of rhetoric in chapter 4, Hawhee reinforces the centrality of the body in knowing through the sensation language provides. Aristotle’s concept of memory is brought to life in Hawhee’s text and “emphasizes images, associations, corporeality, and pathos such that the processes of memory involve conjuring corporeal, affective images that stimulate memory, often construed as ‘affection,’” (116) suggesting the centrality of the body in knowing through the sensation language provides. She explores this concept through a study of Rhetorica Ad Herennium, a portion of which medieval students were expected to commit to memory. Hawhee explains the medieval emphasis on memorization was made possible and efficacious through the focus on the wonders of nature, “stirring” the emotions and affectively enabling memorization, the primary goal. Hawhee further illustrates the affective intensity of animals—connecting animals’ nature to the ease of committing to memory. How Hawhee writes summons precisely what she writes, thereby bringing to life the thrust of her argument that language ascribed to the affective nature of nonhuman animals not only serves as provocation of the human memory, but also invokes affect and, in turn, produces a knowledge that reaches to the core of human knowing and certainty.

Perhaps most vital in her final chapter, Hawhee makes it clear that the culmination of her studies from the ancient Greek rhetorical tradition to the Renaissance results in the conceptual understanding that “presumes the importance of matter and what matter can do, whether a motley heap or in an organized collection” (137). This accumulation is evidenced by drawing modern attention to the rhetorical role of all materials, both human and nonhuman—a copia, the summation of all that exists between language and bodies. To illustrate the relationships between language and objects, Hawhee reveals the descriptive nature of Pliny’s Natural History building on animals’ collective, sensorial role as contributing shapers of morality through ancient rhetorical education. It is through the integration and embeddedness of nonhuman animals in rhetoric that our human notions of rhetoric are challenged and, therefore, expanded to include sensation as central to knowing and being.

Hawhee’s analysis and interpretation of ancient rhetorical texts acts as deeply fundamental in understanding how we, as humans, can make the final rhetorical and philosophical leap from language as central to human knowing and being and toward a theoretical disposition that enables us to move beyond ourselves as the sole sources of rhetorical and epistemological production. As humans confront current and unseen existential crises, it is becoming increasingly relevant for scholars to attend more closely to rhetoric as an energy present in all bodies, human and nonhuman. This rhetorical disposition can then serve as a starting point to more deeply understand our often-invisible rhetorical partners that inevitably shape human life.

Kennedy, George A. Comparative Rhetoric: An Historical and Cross-Cultural Introduction. Oxford UP, 1998.

Rickert, Thomas. Ambient Rhetoric: The Attunements of Rhetorical Being. U of Pittsburgh P, 2013. 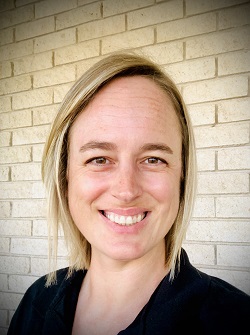 Alison Wells Zepeda is a PhD candidate in rhetoric and writing studies at The University of Texas at El Paso. Currently, she teaches dual credit, dual enrollment, and advanced placement courses in English at Jefferson-Silva Health Magnet High School in El Paso, TX. Her research interests are focused on the convergences of rhetoric, affect, the posthuman, and the ethical considerations of these theoretical concepts in the teaching of writing and composition. Alison is co-author of “International Writing Tutors Leveraging Linguistic Diversity at a Hispanic-Serving Institution’s Writing Center” for The Peer Review, a journal of the International Writing Center Association. Her first contribution to an edited collection is forthcoming in Lynn Lewis’ Pivotal Strategies: Claiming Writing Studies as a Discipline.