One More Video Theory (Some Assemblage Required) from bbrittanya on Vimeo.

We have been collaborating on scholarly videos for some time now, and we’ve come to realize that the written introduction that accompanies each piece frames, yet in some ways limits, the ways in which audiences engage with our videos. We will thus do our best to introduce our current collaboration with the hope that viewers connect to and make something from what we put forth. Frankly, we are a bit apprehensive about how our latest video collaboration might be received in the context of Present Tense’s special issue centered around race, especially as race is conceived in the US/West. Since the video started as a presentation for CCCC 2015 in a completely different context, we wondered how we could tastefully and provocatively inject race into the project when the groups involved are being persecuted, among other reasons, for political gain because of some cultural, ethnic, or economic affiliation, or for religious ideology.

When we received the reviews of the first version of the video, we realized that some people may be unaware that many Middle Easterners self identify as, and are considered, “White” in Western contexts. One only has to look at the racial categories in the US Census to see that there is no category for “Middle Eastern” or “MENA” (a category distinguishing Middle Eastern Northern Africa). According to the US Census Bureau, someone who is considered “White” is “a person having origins in any of the original peoples of Europe, the Middle East, or North Africa” (“Race”).  While some groups are pushing for the category of MENA to be included in the US Census (see Karoub), it has not yet become recognized as such, so people of Middle Eastern descent still are “White” in the eyes of the US.  Middle Eastern racial identity is anything but homogenous, and outside of Western context, race is less prominent than genealogical, ethnic, cultural, and geographical identity markers. There is hardly the space here to discuss the identity markers of “Arabs,” as there are no less than eighteen ethnic types, much less the Kurds, Iranians, Afghans, Turks, and Azeris, to name a few, who make up the populations of Western Asia, North Africa, and numerous diasporic communities across the globe. We wondered how a racialized reading would impact the message that the video conveys about power in rogue groups like ISIS, who proliferate their causes by using established conventions on video sharing sites to appeal to global audiences. In short, though we are certainly aware that there is a “racial” dimension to our video given that race is ever-present, it is the complex, global power relations at play in video culture that has captivated us.

Gregory Ulmer anticipated this power and complexity in his 1995 essay “One Video Theory (Some Assembly Required).” In the essay, Ulmer argues for the use of video as a medium that harnesses aural and visual elements to form a discourse that embraces the affective power of what he calls the “artificial memory of television.” “Television producers,” he writes, “show us scenes of love and death for the same reason that orators used such scenes as active images in their places of memory—because they are memorable. It is just that we forgot what memorable images are for, or how they might function toward some end other than that of spectacle” (157). A decade later, the first widely received video sharing site, YouTube, launched giving rise to a database teeming with snippets of artificial memory that could function beyond spectacle. Soon thereafter, video remixes became more accessible to those willing to invest a few hours researching how to participate. Though Ulmer abandoned the idea, we speculate because of the technical constraints in producing a video remix in the 1990s, remix culture has since proliferated into a global practice. ISIS’s Flames of War as well as the professional and amateur responses to the group’s horrific and haunting practices underscore Ulmer’s insistence that such discourse is indeed memorable, and his vision for a video theory seems more urgent than ever. He writes that the “task of video theory is to show how to reason and calculate with the artificial memory of television, putting in place the one dimension of new cognition missing from the operation—the knowledge content, that about which one is reasoning by means of these violent, absurd, carnal images” (157). The artificial memory of YouTube reminds us constantly of the power violent, absurd, and carnal images hold over groups who are insistent on joining ISIS’s cause based primarily on the videos they have watched and studied.

Meanwhile, we have also been intrigued by and interested in Cynthia Haynes’s work on rhetorics of conflict, particularly her call for a “post-conflict” approach to both traditional argumentation and pedagogy. Haynes’s “post-conflict” rhetoric offers an alternative to critique-based approaches that aim to point out the flaws and inconsistencies in the videos promoting violence on YouTube. Haynes writes specifically about the video depicting the beheading of journalist Daniel Pearl—one of the first of its kind—not by “joining the discourse of counterterrorism,” as she explains, but by situating language and image outside the logic of war, for that, says Haynes, “is where Danny lived” (146). We take up Haynes’s challenge to investigate practices that “situate language and image outside the logic of war” by turning to the videos on YouTube and other video sharing sites that perform parodies of ISIS’s widely-circulating recruiting and beheading videos. The videos have, in most cases, served as sole catalysts that convince people around the world to join their cause (see especially Jonathan Kaiman’s “Islamic State Finds New Frontier”). The parodies, memes, and mashups of these videos ridicule ISIS’s promises and horrific behaviors and show how those who ISIS impacts contend with public and private trauma.

We see these parodies and memes as burgeoning forms of response to Haynes’s call for a post-conflict rhetoric, and they exemplify Ulmer’s notion of conductive reasoning and video intelligence. By blending Haynes’s post-conflict rhetoric with remix culture and video intelligence, we put forward an alternative form of intervention into the public trauma ISIS videos instigate. Rather than producing critiques of the videos, we might aim for an intervention into the situation as a means of engaging through production. The ISIS parodies attempt to reason through the brutal images that bombard us and require post-conflict rhetorical interventions. These videos do not strive for an act of unification; rather, as Ulmer explains, unification is “shifted to the side . . . partly to leave room for the process of interference that is involved in understanding any written text or event, and partly to invite additions to the sequence, to enrich the chain of associations in order to give the theory greater complexity. The questions is configuration of thought on video” (“One Video Theory” 139; emphasis added). We attempt to configure thought on video by offering and performing another video theory that relies on practices found in viral videos, memes, snippets, and parodies and that encourages immediate response and participation.

“One More Video Theory (Some Assemblage Required)” has three parts. First, after establishing that ISIS manipulates, distorts, yet effectively and persuasively employs tactics found on YouTube and other video sharing sites to recruit people to their cause and spread their message, we then turn to the parodies of the group’s videos to show ways in which ordinary people (and state-affiliated groups) can intervene and disrupt these causes not by critique or violence, but by the strategic use of parody and satire. These comical remixes of ISIS don’t stem from academics, but from those ISIS impacts. The final portion of the video demonstrates and performs an alternative mode of rhetoric that borrows from this existing culture. We point out how remix and participatory culture are effective rhetorical moves against this type of psychological terrorism. By repurposing Ulmer’s genre of the “popcycle,” we put forward the concept of the “participatory popcycle.” 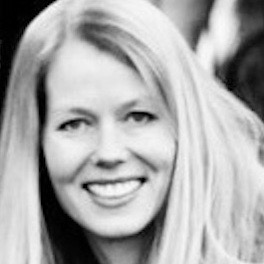 Sarah J. Arroyo is a Professor of English at California State University Long Beach, where she teaches graduate and undergraduate courses ranging from Theories and Practices of Composition to Critical Theory to Digital Rhetoric and Video/Participatory Cultures. She also co-directs CSULB's First-Year Composition Program and mentors Lecturers and Graduate Teaching Associates who teach in the program. Sarah’s areas of interest include: histories and theories of rhetoric, visual rhetoric, digital rhetoric, video and participatory cultures, composition theories and pedagogies, and post-secondary teacher education. Her research explores the intersections of rhetoric, writing, electracy, and video/participatory cultures, and offers both theories and practices that operate as alternatives to traditional, literate-only conceptions of writing. She has published articles in JAC, Composition Forum, Kairos, and Itineration, and her book, published in 2013 by SIUP, is titled Participatory Composition: Video Culture, Writing, and Electracy. 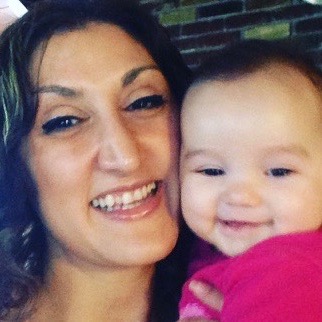 Bahareh Alaei earned her M.A. from California State University, Long Beach, where she teaches courses ranging from first-year composition to digital rhetoric. She has been published in Kairos and Itineration and had made contributions to Sarah Arroyo’s book Participatory Composition. She is currently revising her thesis, “Producing as a Listener,” for publication and has a few videos in the works.