Article PDF
When seeking information for the development of informed argument—a process known as invention, the first of the rhetorical canons—often the first action we take is to “Google it.” Yet, because Google’s mathematical algorithms decide the arrangement of search results, Internet users do more than “use” Google: they create it. With Google’s search structure, users actually participate in the construction of results. Therefore, Googling is not merely a receptive act but a collectively creative one as well. By exploring the implications of the rhetorical canons—invention, arrangement, style, memory, and delivery—in the search engine and its mechanizations, I argue that the search engine provides a unique opportunity for us to investigate the dynamic nature of the canons. Search engine users have expressed desire for more collective agency by investing time and energy into the rhetorical act of “Google bombing.” Consequently, I will discuss what happens to the canons when rhetorical artifacts are collaboratively rather than individually created. I will contend that we must recognize this “collective capability” as a rhetorical act (Tapscott and Williams 3), that we must explore this act through the lens of the canons, and that we must investigate our own roles as composers of these texts.

The Collective Rhetoric of Google Bombing

Knowledge of the way Google works is necessary to understand its rhetorical implications:

Google uses numerous factors including its patented PageRank™ algorithm to examine the entire link structure of the web and determine which pages are most important. It then conducts hypertext-matching analysis to determine which pages are relevant to the specific search being conducted. By combining overall importance and query-specific relevance, Google is able to put the most relevant and reliable results first. (“Google Corporate Info: Tech Overview”)

Google’s PageRank™ system calculates how many times a website links to other websites or uses a particular word, and every website is qualified as more or less relevant to the search than others. The most relevant websites are given a higher page rank and have greater influence on which sites come up first on the search results document. Therefore, the arrangement of results is distinctly linked to the collective users of the web. Although it happens almost simultaneously, the search act is multi-layered. When the query prompts a search, PageRank™ decides the arrangement of the document. The style of the search engine has already been decided by Google and is directly influenced by the limits of coding and an Internet browser’s interpretation of those codes. The search engine calls on the collective memory of Internet users by scouring the Internet for links to websites. The results of this collective memory reach the searcher through the delivery of a results page. When the user browses the search results document and chooses which sites to gain information from, she is then empowered to invent a new document based on this information, or she can start again with a new search invention. The canons’ relationship to the search engine necessarily toggles back and forth between individual and collaborative rhetorical action. Invention is part of a single act committed by an individual in synchronous time while the returned arrangement is a result of thousands of asynchronous choices enacted collectively by Internet users. This individual-collective dynamic seen through the framework of the canons exemplifies how we must re-envision our definitions of textuality and authorship to include both singular and collective authorship.

New media scholar Collin Brooke makes precisely this argument in his 2009 book Lingua Fracta. Brooke calls on new media scholars to address new media in their own terms but also to see ways old terms, such as the rhetorical canons or the trivium, can be adjusted to meet the contingencies of the new media era. Brooke reminds us that the canons have never been static—they have always been subject to the whims of historical situation—and they will now adjust to contemporary new media interfacing. New media contexts do not negate our use of the canons; however, we must now envision them as open to collectivity rather than singular authorship. In Brooke’s vocabulary, the ecology of new media compositions can be fruitfully understood through the lens of the canons, and this lens can aid in a contemporary understanding of the search engine as collective rhetorical activity or performance.

In “The Database and the Essay: Understanding Composition as Articulation,” Johndan Johnson-Eilola provides support for the search engine’s role in rhetorical history. Johnson-Eilola says that “if we value this as a form of writing, then we can then begin to argue that the sorts of choices one makes in writing the database … involve responsibilities to the reader and to society, just as we now do in other, more traditional forms of writing” (Johnson-Eilola 220). Not only should we envision search engine results as documents with rhetorical implications, we must also understand how they transform our idea of textual authority. Many texts, particularly new media texts, are often no longer the “property” of one individual author. In fact, they indicate a collective authorship that harbors massive control over the rhetorical act.

One way that we have seen this control show up is through “Google bombs,” which occur when bloggers and website creators conspire to change what is most relevant on Google’s search results by linking certain phrases to particular sites. Google bombs are possible because the arrangement of results is determined in part by links on individual websites external to Google. A single bomber can link a phrase to a site, but Google will not recognize that bomb as relevant; it takes hundreds of bombers to increase the relevancy connection between a particular phrase and a page to which Google’s arrangement system will show preference. One of the most famous Google bombs is the phrase “miserable failure,” which for a period of time would lead to an official White House site representing George W. Bush’s administration.

Google had been reluctant to change its search results to avoid interfering with what users see fit to manipulate, but in 2007 Google changed its position. Fearful that users would confuse these Google bombs with the political ideologies of the company itself, Google adjusted its algorithms (Kehaulani par. 2). Yet, some of these bombs are still up and working. For example, typing in “French military victories” and hitting “I’m Feeling Lucky” will still result in a fake Google page saying, “Did you mean: french military defeats,” claiming the search resulted in no matches for French military victories. Searching for “miserable failure” still connects users to the Bush Google bomb; the White House site is fifth down on the relevancy list in Yahoo’s search engine, and a Google search produces a full page of resources discussing the “miserable failure” Google bomb itself. Indeed, fallout from that particular bomb lingers.

These examples are amusing, but they also have serious implications. Erika Chavez points out that “[s]ome liken Google bombs to political activism, while others see [them] as harmless (and funny) cybergraffiti” (par. 16). Political bloggers have not taken Google bombs very seriously; one even parallels it with throwing spitballs from the back of the room. While some may not see Google bombing as serious political activity, it is serious rhetorical activity. Internet users decide which pages are interesting, what information is important, whose sites are user-friendly, and so tacitly reward relevance. These decisions affect the individual’s results document because PageRank™ scours the Internet to achieve its results. In his 1989 book Writing Space, Jay David Bolter says that “although readers can search for topics in a number of ways, they cannot intervene in the structure of encyclopedia or build new structures” (95). Bolter’s observation is still true for print media, but we are now in a technological moment where Internet documents give more power to user-viewers, where readers often prefer documents structured through collective wisdom.

Collective Wisdom and Changes to the Canon

Collective wisdom has become a catch phrase used to describe the ways that the Internet is shaped by its users as well as the way they expect authority to manifest itself. Pierre Lévy, expert on collective wisdom, defines it as “a form of universally distributed intelligence, constantly enhanced, coordinated in real time, and resulting in the effective mobilization of skills” (13, emphasis his). Briskin, Erickson, Ott, and Callahan’s 2009 book The Power of Collective Wisdom: And the Trap of Collective Folly provides an alternative definition: “Collective wisdom is about how we come to make sound judgments with others, touched by what is common and decent in all of us . . . as such, it is not solely analytic decision, a compromise, a vote, or even a win-win situation” (18). While their text wisely balances collective wisdom with the potential for folly, its overall tone is hopeful that what is common and decent in all of us will prevail. What these definitions have in common is that collective intelligence demands active participation rather than spectatorship. We are now using the “living web”; instead of traveling to some far off place called cyberspace, we are the information on the web. The web is not a place to go, but “things to do, ways to express yourself, means to connect with others and extend your own horizons. Cyberspace was somewhere else. The Web is where we live” (S. Levy par. 8). Indeed, in the last few years, interactive web communities such as Flickr, MySpace, Twitter, Facebook, and others have flourished at astronomical rates.

As people exert their judgment by using such “weapons of mass collaboration,” the way we process information changes (Tapscott and Williams 11). Our communication will also change, and this transition will be reflected in our interpretations of the canons. The reality that authors’ audiences are no longer audience-receptors but also audience-creators requires the canons’ re-conceptualization. When a rhetorical act is also a collective act, authors’ relationships to invention, arrangement, style, memory, and delivery become inevitably more complicated. With search engines specifically, we see these changes embodied most pointedly with invention and arrangement, as those are the areas that require the most participation from users. One’s role within the canons in negotiation with other collaborators necessitates an understanding and acceptance that cogitamus is at work, not cogito. Such a re-envisioning is necessary to fully embody the potential of contemporary collective acts, which involve some individual behavior and some cooperative behavior, asynchronous activity and synchronous activity. As Brooke suggests, the canons concept still provides a vocabulary and framework through which we can view composition acts and understand the elements behind their manifestation, though they necessarily change with technological development. 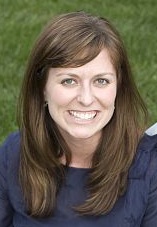 Jill M. Parrott is a doctoral candidate at The University of Georgia, where she specializes in Rhetoric & Composition with an emphasis on new media and authorship studies. Her dissertation, Author-God Help Us!: Some Rights Reserved Copyright in Theory and in Practice, explores the historical trajectory that has led up to the implementation of Creative Commons copyright and potential effects of that implementation.