Recently, an attorney friend of mine ruefully admitted that even though he and many of his law-school peers planned careers focusing on social justice or nonprofit work, they subsequently gave up on their dreams and sold out to capitalist culture. If rhetoric scholars feel similar chagrin as they find little institutional support for activist work, feel alone without local colleagues to shore up their isolated efforts, or find themselves and their students lapsing into consumerism, marveling at Inception and lusting after iPad apps rather than dreaming of social justice, Seth Kahn and JongHwa Lee‘s collection, Activism and Rhetoric: Theories and Contexts for Political Engagement, suggests a remedy. With activism as its focus, each essay reports specific cases of rhetorical intervention in local and global issues.  Both professors and students will find models for their roles in the democratic tradition, as public/organic intellectuals, or perhaps less grandly, as street-corner “part-time peaceniks” (94). Kahn gives us that view from the street as he pickets every Saturday morning on a local corner in West Chester, PA, despite threatening personal consequences. Essays in the collection pose a wide range of activist possibilities, from Kahn’s stories of backlash, to Catherine Chaput’s analysis of the World Bank’s global propaganda justifying transnational capitalist reshaping of third-world economies. This broad vision provides a stimulating read for those who want to connect intellectual analysis to social change. Just as protagonists in Inception rewrite dreams, Activism and Rhetoric inscribes in its readers dreams of intervention, perhaps to create networked communities of activist rhetors who subvert consumer Facebook/iPhone/Twitter culture to fight the Man in his Supreme-Court dictated corporate personhood.

As befits a collection that argues for global social justice and local human rights, Activism and Rhetoric includes the work of no less than twenty-nine contributors who present both theoretical and socio-political arguments. Essays are divided into four sections, the first dealing with theoretical intersections between activism and rhetoric, and the remaining three dealing with specific sites for activism. Each section suggests and takes up provocative questions: What theoretical frameworks best support activist work? How does personal life intersect with academic careers and activist commitments? How do scholars bring their expertise to engage in non-academic settings as change-agents? What institutional constraints limit public interventions and how might they be effectively negotiated? How can pedagogy be deployed for service learning? What outcomes do students achieve through community engagement? Some essays provide concrete answers to these inquiries, with examples that will guide others. In other cases, scholars problematize and complicate questions, while at the same time insistently demanding our serious attention.

I.  (Re)Framing Activism and Rhetoric: How Activists Theorize Rhetoric and Vice Versa

The first six essays illustrate theoretical concepts with personal narrative and on-the-ground examples. Dana L. Cloud recounts her political initiation, protesting the first Iraq War with her young daughter: “Samantha ‘marched’ with us, sometimes bundled in a stroller or in a baby carrier under my winter coat” (13). That compelling image—of personal/political life intimately bundled—characterizes Cloud’s argument that scholars’ multiple conjoined commitments may instigate productive change. In another personal essay, co-editor JongHwa Lee shares his journey from Korea to the United States that solidified his identity as activist scholar.  As a student, faced with philosophical and cultural relativism, he encountered research regarding the World War II “comfort station” provided for Japanese soldiers by the military, in what amounted to a “military rape camp” (30). Survivors’ stories galvanized Lee to discover his own “standpoint,” his scholarly voice (31). Today, he publicizes these stories in the US to solicit action; his efforts culminated in a World Conference on human rights and sexual violence issues at the University of California in 2007.

In a retrospective essay, Charles Bazerman remembers his first position teaching inner-city Brooklyn elementary students, and his experience of being fired more than once for inventing new ways of doing things:  “In 1970 I took that as a badge of radical honor” (41). Academics will relate to his narrative of increasing professionalization, of devoting himself to disciplinary questions of writing and literacy. However, events stemming from 9/11 and the subsequent Iraq War mobilized him and his Santa Barbara community to engage more explicitly in the political process. His sense of global crisis underlies recent projects, such as co-creating the group Rhetoricians for Peace, which led to the NCTE-sponsored nationwide reading of Orwell’s 1984. Lee Artz’s essay reverses a usual formula: “Speaking truth to power only reinforces power. We need to speak power to the truth of social inequality, to speak power to the truth of an emergent, democratic leadership” (53). His fifteen years as a machinist and union member inform his identity as organic intellectual and his activist pedagogy. Finally, two essays by Ellen Cushman and Melissa Dey Hasbrook draw on the Cherokee notion of “gadugi, of building one fire” (57, 63). Both scholars advocate an ethic of action that brings theory into specific praxis:  Cushman sews shawls for a Cherokee powwow; Hasbrook demonstrates for peace and invents her pedagogy of “rhetorics of war as doing” (62).

While the collection primarily voices scholars on the political left, four essays exploring non-academic activist settings provide a range of perspectives. In addition to the previously mentioned pieces by Chaput and Kahn, conservative scholar Richard E. Vatz reviews his secondary career as media pundit. He reveals frankly both the satisfaction associated with being highly sought after by media outlets, and also the possibility of “carelessness and sloppiness”: “Sometimes you get so heady about media appearances that you say ‘yes’ when they ask you to speak on the history of the Whig party even though you don’t remember the history of the Whig party” (76). His larger point emerges from frustrations with media’s bifurcated politics, resulting in exclusion or blacklisting of his views. He defends talk radio as a genre without pretensions of fairness, but holds newspapers and television journalism to higher standards. On the opposite end of the political spectrum, Kathleen Feyh shares her 2006-07 experiences with leftist movements in Russia. She joins protestors at the October Revolution demonstration and Pride 2007, discusses politics with Trotskyists, and meets workers involved in the Mikhailov Cement strike. While contemporary observers of Russia often fail to find evidence of leftist movements, Feyh reveals a growing activist landscape; particularly memorable is her description of the fledgling and ultimately failing efforts of the cement workers striking to secure decent wages.

Four essays comprising this section show that the academy can either thwart or support activism. Readers may agree with Matthew Abraham’s assessment that institutions are too often complicit with maintaining traditional power.  He asserts that scholarship should be tied to political commitment for change: “To remain silent while watching injustice occur before our very eyes is to perpetuate evil” (118). He locates this admonition within the politics surrounding ongoing Israel-Palestine conflict, and vehemently argues that depoliticizing the academy and the field of rhetoric, allows a “well-functioning propaganda system” to support public opinion and maintain US-supported imperialism (119). An essay by Paige P. Edley and Nina Maria Lozano-Reich enriches the concept of the organic intellectual with gripping personal examples. Lozano-Reich, responding to reports of 400 femicides in Ciudad Juárez and Chihuahua, traveled to Mexico four times on a UCLA grant, but moved beyond her role as researcher to become an agitator. She later invited Loyola Marymount students for an “Alternative Winter Break” trip to Mexico where they witnessed sweatshops, met the mothers of victims, and helped elicit counterpublic pressure that eventually achieved Mexican legislative action and the release of David Meza, who had been wrongly accused and imprisoned for three years (130). Edley then narrates her involvement with Miami protests against southern hemisphere expansion of NAFTA, noting her increasing fear of police: “With each block we walked, the police officers’ accessories changed from shorts and bicycles to side-holstered pistols and bulletproof vests, and then to machine guns, shields, and tanks in the center of town” (132). Her fear led her to claim the identity of researcher rather than protester; she subsequently questions the ethics of blurring these roles.

In a searing critique of university power structures, M. J. Braun reports on a blanket administrative shutdown of her endeavors in support of adjunct faculty. The institution, complicit with rational considerations of neoliberalism, excludes ethical questions and discussion: “It is fine . . . to profess democratic rhetoric as long as you don’t practice it” (144). The final essay in this section by Kevin Mahoney exposes the “neoliberal assault upon the collective bargaining process and Pennsylvania’s public university system” (150). He proposes that scholars must challenge building pressures to privatize deliberative processes, instrumentalize coursework, and limit the field of composition and rhetoric to service roles.

Student readers will perhaps be most engaged by four final essays dealing with pedagogy. In the first, graduate student instructors report results of service-learning under the direction of Ruth E. Ray and Gwen Gorzelsky at Wayne State University.  In the second, students will easily relate to Shelley DeBlasis and Teresa Grettano’s pedagogy featuring “televisual discourse analysis” (170). The third essay by Rebecca Jones tackles the troubling dissonance that scholarship can elicit when words are disconnected from action. Finally, an undergraduate voice concludes Activism and Rhetoric—Amy Pason challenges assumptions that today’s students are apathetic, presenting examples from her years at the University of Denver to help students “imagine future possibilities for agency and action” (197).

Pason’s final plea for student imagination and involvement fittingly describes the collection’s overall impact. Readers may witness here both courage and conviction:  interaction between scholarship, activism, and dreams of social justice may inspire readers to rewrite future scholarly trajectories. Dreams made dormant by burgeoning transnational consumerism may reignite into subversive twenty-first century rhetorics and technologies. My recommendation, given that essay collections are notoriously difficult to publish, is that this text be required reading for rhetoricians, thus underscoring not only the importance of this scholarly genre, but also the reality that contributors and readers share dreams that compel them towards change. 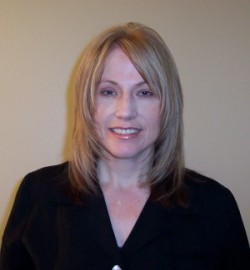 Gae Lyn Henderson is an Assistant Professor of Rhetoric and Composition at Utah Valley University, where she serves as associate writing program administrator. Her research interests include the history of rhetoric, rhetorical and critical theory, and American studies. She has published in Rhetoric Society Quarterly; Reflections: A Journal of Writing, Literacy, and Service Learning; Open Words: Access and English Studies; and JAC: Rhetoric, Writing, Culture, Politics. Currently, she is co-editing a collection of essays on the topic of propaganda and managed democracy.